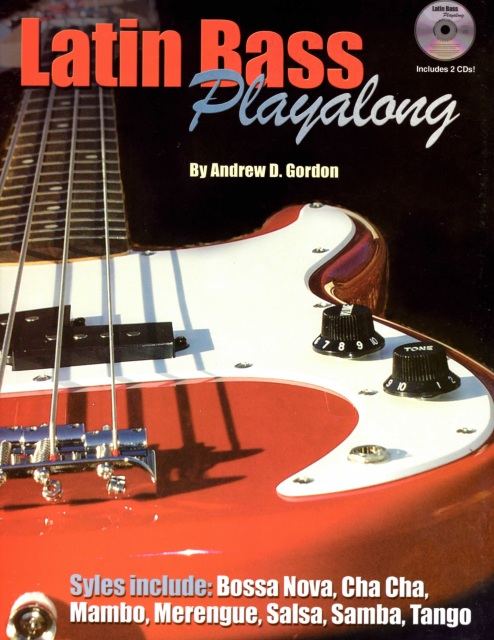 Each chord progression (based on popular Latin/Jazz tunes such as: Wave, Watermelon Man, I Can't Get Started, Perdido, Besame Mucho, Nature Boy, Blue Moon, Feel Like Making Love, Girl From Ipanema, Fly Me to the Moon, Meditation, One Note Samba, Blue Bossa, Europa, Body & Soul, Evil Ways, Fly Me to the Moon, ) is played in two different Latin styles so the player can compare and contrast each style giving a total of 34 examples. For instance the chord progression to “Nature Boy” is played in the first example as a Bossa Nova and the second example as a Tango.

Each of the 34 examples has been recorded three times with the first time being played at a normal tempo with piano, bass & drums so that the musician can hear the finished performance. The bass is prominent in the playback of the mix.

The second time, the example is played at a normal tempo with piano and drums but no bass so that the musician can practice along with the rhythm tracks.