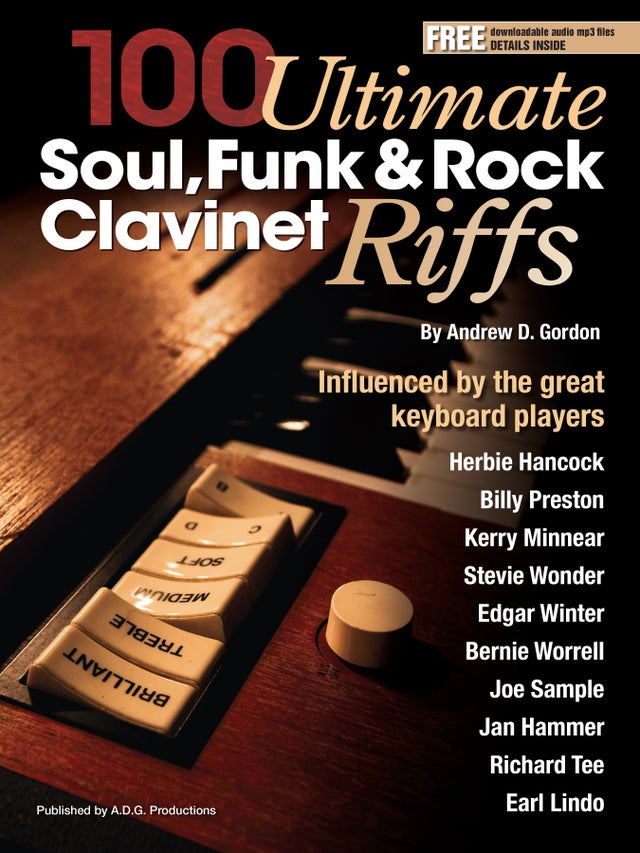 As so many keyboards and virtual instruments emulate clavinet keyboard sounds I thought it would be of interest to many keyboard players to write a book containing riffs associated with playing the clavinet, usually featured in Funk, Soul and Rock, Jazz-Funk-Fusion and Reggae styles.

The clavinet is a 5 octave keyboard manufactured by Hohner from the 1960’s to the 1980’s and its bright staccato sound has been used extensively in the above mentioned styles. The clavinet is often used with wah-wah and phaser effects giving unique sounds reminiscent of how a rhythm guitarist would play. Playing the clavinet is generally different than playing the piano or organ. Usually you are playing very staccato parts similar to how a guitarist would pick a string on the guitar. The left and right hand often play separate syncopated parts that require extensive practice. My suggestion would be to clap or tap the rhythm of both left and right hand. Once the rhythm is mastered go on to play the left and right hand parts separately at a slow tempo and gradually speeding it up to the recommended tempo.

I have created a youtube video showing you the steps that I recommend for learning these riffs.

Each of the 100 riffs has been recorded 3 times: